Superannuation is a complex area of financial planning. As such, the information provided below is not comprehensive, nor is it intended to provide the total solution for your superannuation needs. However, we would like to provide you with a level of knowledge to answer your general questions. To ensure completeness and accuracy to your personal situation, we recommend that you contact us for a free initial consultation.

Please note that the content below is based on our understanding of the current taxation and superannuation laws. It is current as at the 11th of July 2014.

Getting Money into Super

How Much Can Be Contributed to Super?

A concessional contribution is generally one made to a complying superannuation fund which is taxable and included in the super fund’s assessable income. In most instances, this will occur because the contributor (i.e. Employer or Self-employed person*) is entitled to claim a tax deduction for the contribution.

Examples of concessional contributions are:

In order to make a contribution into a superannuation fund it is necessary to be eligible under superannuation law to make that contribution. The following table summarises the rules for when a person is allowed to contribute or receive contributions to a super fund for the 2014/2015 financial year.

Gainfully employed is employed or self-employed for gain or reward in any business, trade, profession, vocation, calling, occupation or employment.

A super fund does not have to return employer contributions where a TFN has not been quoted; however, this will trigger no-TFN contributions tax.

In-specie contributions are those made using assets other than cash. They may be made at any time by a person who is not a related party of the fund provided that all other relevant superannuation provisions are met and subject to the trust deed. A person who is a related party of the fund can make an in-specie contribution provided that the asset contributed is one that the fund is permitted by superannuation law to acquire from a related party (eg. listed shares, managed funds or business real property acquired at market value).

The market value of the asset being contributed in-specie determines the amount of the contribution to be counted towards the relevant contribution cap.

The Government co-contribution is an initiative introduced on 1 July 2003 to assist eligible low to middle income earners and self-employed people in saving for their retirement. Taxpayers earning less than $49,488 in 2014/2015 may be eligible to receive a co-contribution.

Subject to eligibility criteria being met, the maximum Government co-contribution for 2014/2015 is 50c for every $1 of eligible personal super contributions made in the financial year up to a maximum co-contribution of $500 (subject to individual reductions).

The Government co-contribution does not count toward either the concessional or the non-concessional cap.

Superannuation has been established for the sole purpose of providing retirement benefits. As such, access to benefits is restricted, with all superannuation contributions and earnings from 1 July 1999 being compulsorily preserved, that is, cannot be paid out as a benefit until certain criteria are satisfied.

As outlined above, preserved components of superannuation are not accessible until retirement from the workforce on or after Preservation Age. Until recently, this age was fixed at age 55, however, the applicable age is to increase to age 60, using a sliding scale based on the date of birth of investors. This scale is as follows:

A transition to retirement income stream is an account based income stream or annuity. The total amount of payments in any year are limited to a maximum of 10% of the account balance at the start of each financial year.

As a general ‘rule of thumb’, most retirees are reasonably comfortable with a retirement income of 60% of what they were earning at work. This income needs to keep pace with rises in the cost of living and it needs to be achieved without prematurely depleting your capital.

To build up the ‘nest egg’ required to produce that sort of income, you would need regular contributions of approximately 18% of your earnings over your full working lifetime if you were a male. In the case of a female, this rises to more like 20% given the longer life expectancy of women.

So the answer to the question ‘How much is enough?’ depends on assets you have accumulated to date, your age now, how you see your career developing, at what age you are likely to retire and the standard of living you will be comfortable with during retirement. It also highlights the need to plan and establish an effective strategy well before your actual retirement date.

To clarify any issues you may have, it is imperative to contact our office on 02 8220 7708 and speak to one of our Ramshead advisers. There are many potentially expensive pitfalls for the unwary. A professional adviser will be in a better position to help you to avoid them and put you on the right track by tailoring a retirement strategy to suit your circumstances and assist you to enjoy a more comfortable retirement.

In Australia, benefits can still be taken as either lump sums or income streams. This section looks at the taxation of these payments received.

In all cases, regardless of age, the tax-free component of a super lump sum is not assessable income and is not exempt income. No tax is paid on these amounts.

The taxable component of a super lump sum may be either a taxed element or an untaxed element.

The default position is that the taxable component is a wholly taxed element. A taxed Super fund will generally not have Super member benefits that have come from an untaxed source. The taxed element is that part of a lump sum which has been created by contributions made to your superannuation fund and the income earned on those contributions, both of which have been taxed at the 15% superannuation rate. Where an untaxed element is received by a taxed Super fund, the receiving fund will deduct 15% tax on receipt of the funds, converting the amount to a taxed element.

Situations where there is an untaxed element

Tax offset if under age 60

For people under the age of 60, the entire taxable component is assessable income. However, a tax offset is available to ensure that the maximum rate of tax paid does not exceed the rates in the table above.

A super provider withholds tax at the maximum tax rates in the table above. Tax withheld is credited against tax debts, so if a person is on a lower marginal tax rate than the rates at which tax is withheld, they may be entitled to a refund when they lodge their tax return.

The low rate cap for 2014/15 is $185,000, subject to indexation in later years and decreases according to individual circumstances.

A person’s low rate cap for a financial year is reduced (but not below zero) by:-

The low rate cap is indexed annually to AWOTE, in $5,000 increments. That is, the indexation has to be at least $5,000 before the low rate cap will rise.

A 15% offset applies where:

What Happens When You Retire?

The first consideration should be whether to take your retirement benefits as a lump sum or a retirement income stream. This will depend on many factors at the time of your retirement. You should seek qualified assistance to make this important decision.

Retirement income streams can take the form of pensions or annuities. Whilst there are generally a number of differences between a pension and an annuity, they both provide a form of income stream and are paid from different providers. Super funds generally provide pensions and an annuity is paid under a contract with a life company or registered organisation.

Retirement income streams can take the form of pensions or annuities. Super funds generally provide pensions and an annuity is paid under a contract with a life company or registered organisation.

A super income stream may be commenced within the same fund in which those benefits accrued, or it may be purchased with a super rollover benefit.

In order to receive concessional taxation treatment, an income stream must meet the relevant Superannuation standards. New minimum standards apply from 1 July 2007. Pensions that commenced before 20 September 2007 and meet the previous regulations are deemed to meet the new minimum standards.

Where an income stream commences part way through the financial year, the minimum income payment is pro-rated based on the days remaining in the year. The 1 June rule may also apply, which means that no payments are required to be made until the following financial year for an account based pension or annuity commenced after 1 June in a financial year.

Account-based income streams must generally be commenced with unrestricted non-preserved benefits and may be commuted at any time. However, prior to either a full or partial commutation, either a pro-rated minimum income payment must have already been paid during the financial year or the remaining account balance is sufficient to ensure that at least the minimum annual payment could be paid.

Commutations may also be made, regardless of the level of income payments made, to pay:

One needs to be aware of the fact that effective retirement planning is a potential minefield and a complex one at that. It will be foolhardy indeed for anyone to venture into this area without being armed with appropriate professional advice. Early attention to these issues will alleviate the need to act under pressure at a later stage. Now may be the ideal time to contact Ramshead Capital on 02 8220 7708 and speak to one of our advisers. 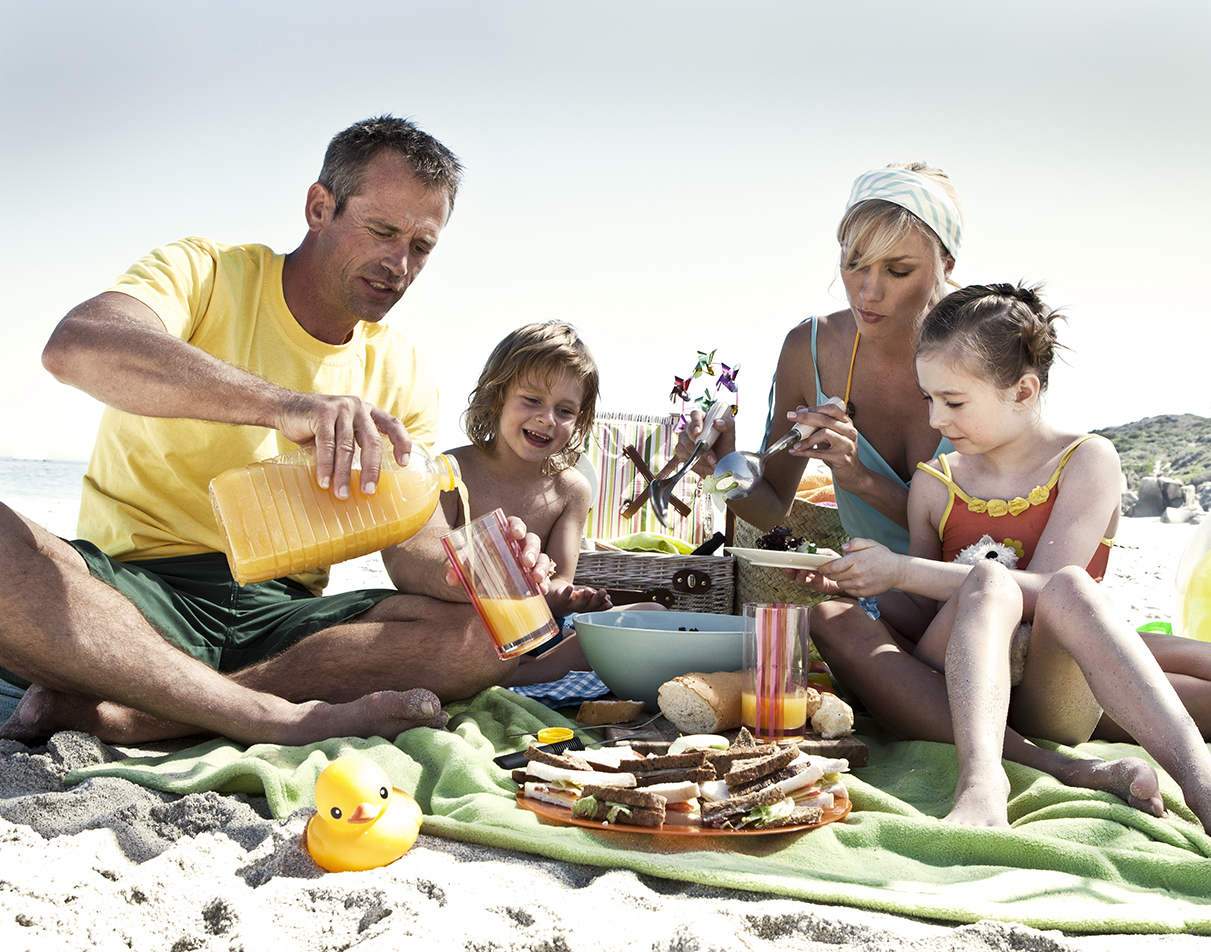 Income Protection is considered one of the the most important insurance covers, as it insures your greatest asset – your ability to earn an income.

In some cases you can even insure up to 75% of your total income package – which can include superannuation contributions and fringe benefits paid by your employer.